A new shape of cycling will take the road less traveled around North Otago this weekend.
Gravel biking is a rising form of biking that inspires cyclists to get off paved roads and difficult mountain motorbike tracks and trip on gravel roads. Events in New Zealand have taken location in Blenheim and Coromandel, and it’s far now North Otago’s flip. About 80 cyclists have entered the White Rocks Gravel Adventure to be hosted using new local membership Cycling Waitaki tomorrow. 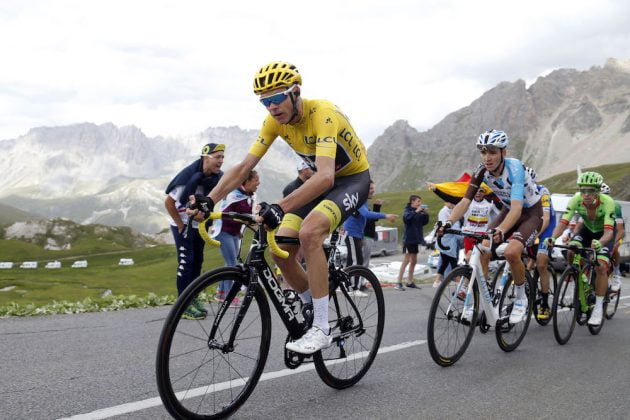 Among the ones entered are multiple former Otago avenue champions. Entries are coming from as ways south as Invercargill and north to Christchurch alongside masses of riders from Central Otago looking to attend. Gravel biking activities quite tons began with the Dirty Kanza occasion in Kansas inside the United States. To start with, that occasion attracted just a handful of riders but now grown to attract heaps of riders.

Organizer Terrence Hannan said gravel cycling was developing, and the 50km occasion tomorrow might be a perfect place to begin. It would provide a few awesome perspectives across the Waitaki and Kakanui basins, he stated. The event is non-competitive, but there are sure to be a few short times. The riders will skip through the Rakis Table railway tunnel, which has no longer had an education run through it because the Tokarahi branch line closed 89 years in the past. The riders will even journey through Elderslie Estate.
Hannan said the path changed into steeped in history and could be satisfactory to ride.
The race begins and finishes on the Fort Enfield Tavern, approximately 7km inland from Oamaru.

The fact that it has taken seven years to finalize a plan for brand spanking new cycleways alongside the Liffey quays tells us plenty about the trials and tribulations of transport planning in Dublin. Indeed, it would not have passed off in any respect but for the persistence of biking campaigners in stressful safe routes for 2-wheelers via what is honestly an intimidating and unsightly surrounding ruled with the aid of automobiles, trucks, and buses.

Originally planned via Dublin City Council, this €20 million-plus venture had to be taken over using the National Transport Authority after public consultations showed that there was little help for a sequence of alternatives, some of which might have worried diverting cyclists off the quays to keep avenue space for motorized traffic at the same time as others were manifestly unworkable – consisting of re-routing that traffic via residential regions.
But as a minimum, the routes would be segregated, with a continuous concrete curb to shield in opposition to encroachment by way of site visitors. There might additionally be extensions to the Liffey Boardwalk, this time on both aspects of the quays.

It is axiomatic that many more cyclists will use the quays once this direct direction between Docklands and Phoenix Park becomes especially secure. Other cities have invested heavily in biking infrastructure, and it’s miles lengthy past time for Dublin to fall into line. Seville, for example, controlled to create a 160km cycleway network in only some years, vastly growing the variety of cyclists. Under the Government’s Project Ireland 2040 strategy, billions of euros could be spent on roads and rail-primarily based public delivery schemes along with Metrolink, even as a depressing amount has been allotted for biking infrastructure. These skewed priorities urgently need to be exchanged to fulfill the unreasonable demand from biking campaigners that at least 10 in line with a cent of the countrywide delivery budget have to go closer to catering for this environmentally sustainable model.